Arizona tin can artist, Alexi Devilliars will be displaying his art in front of Four Peaks Mining Co. during the monthly Artisan Fest at OdySea in the Desert. Devilliars constructs sculptures, robots, lamps and other fun home décor items from recycled food cans used for his primary project…to feed the homeless veterans, battered women and homeless seniors in conjunction with Justa Center shelter in downtown Phoenix. The cans, which come from ingredients he uses to provide these hot meals every Saturday, become the starting point for his unique designs. 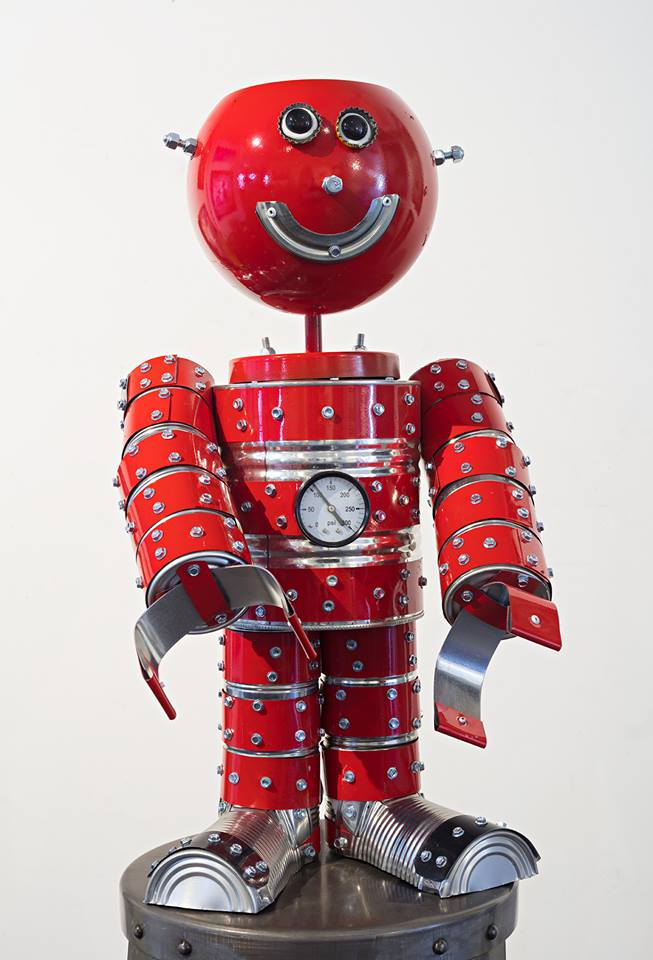 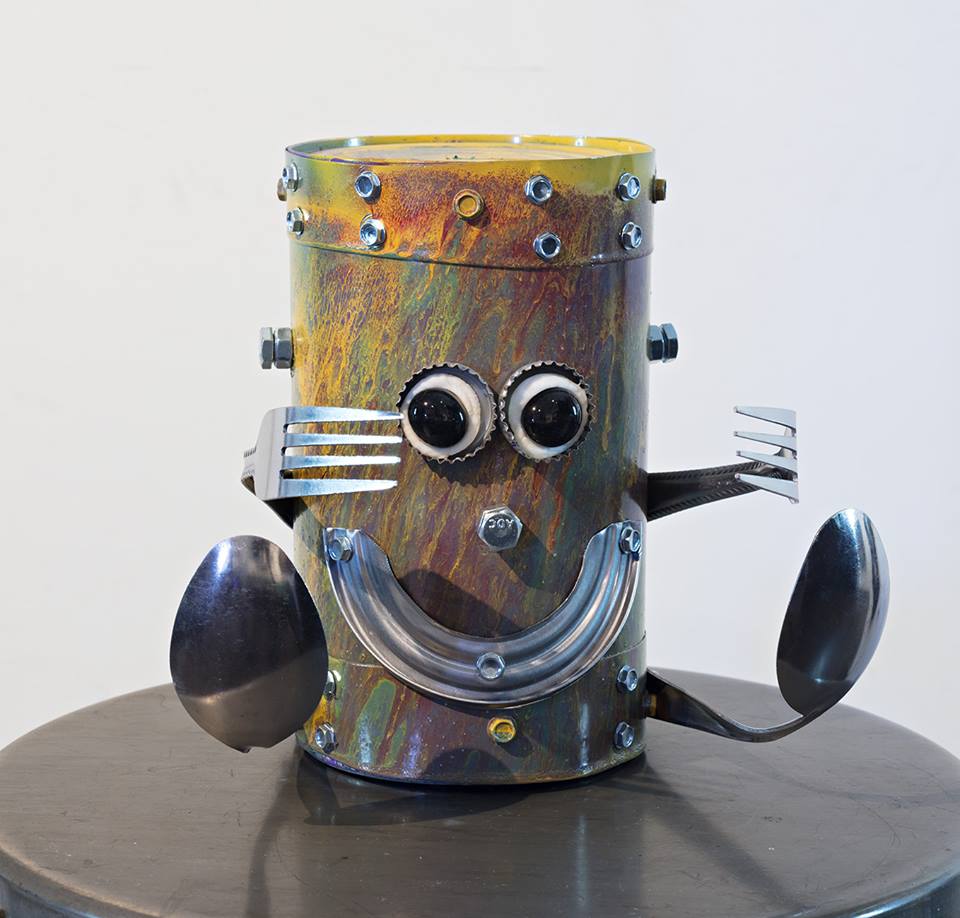 Stop by during the monthly Artisan Fest at OdySea in the Desert on Sunday, March 25th and help Alexi feed the homeless by adopting one of his creations. Bring canned food to donate to Alexi and receive discounts off your purchases at Four Peaks too! 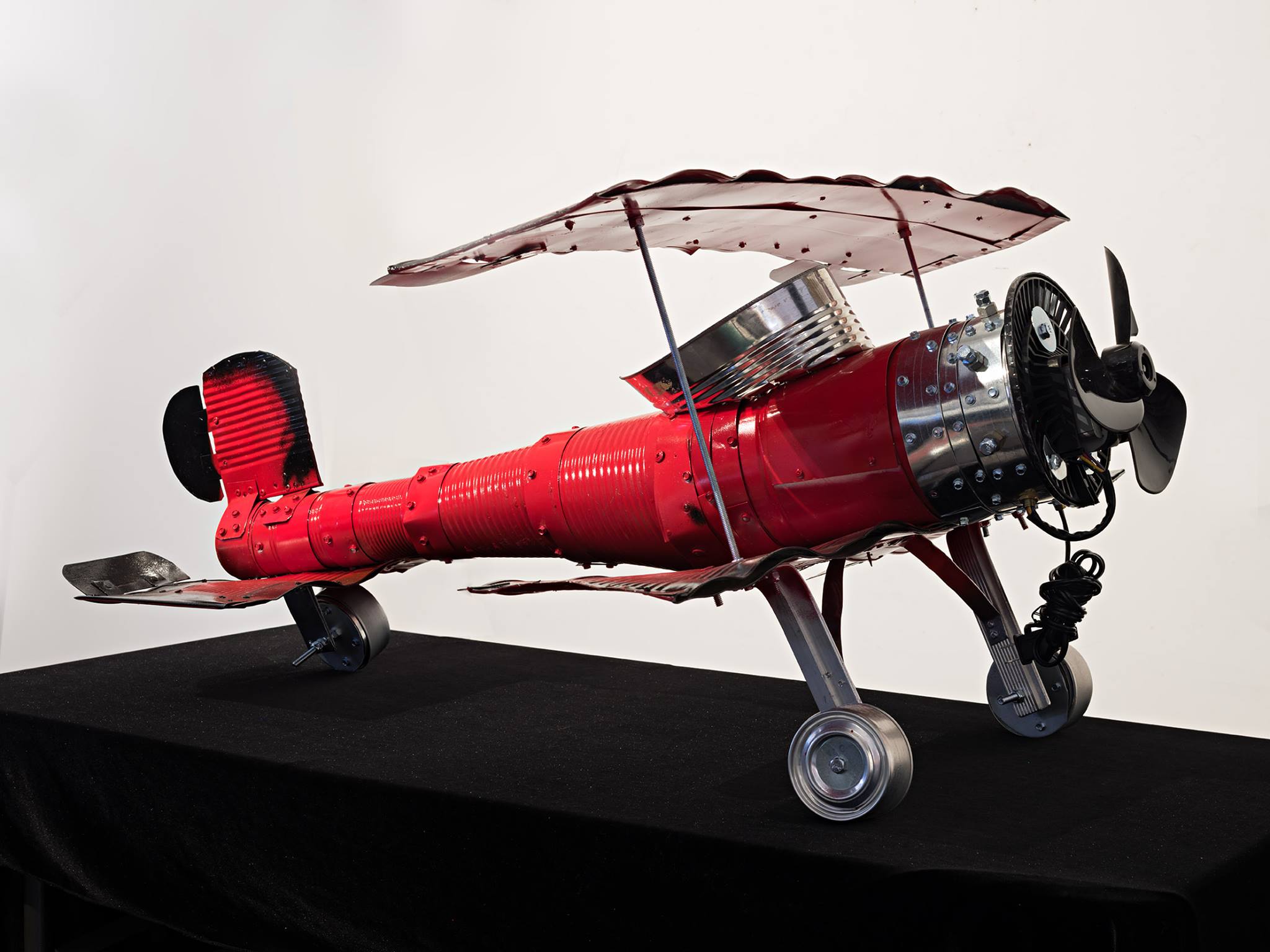 Here are some interesting videos about Alexi and his process: