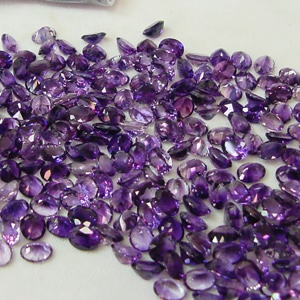 The Four Peaks Mine is located on the only private land in the Four Peaks Wilderness. The amethyst of this deposit occurs in linings of voids in faults of the 1.6 billion year old Mazatzal quartzite. The voids were intermittently filled with hot water forced up from intrusions below, dissolving the quartzite and re-depositing it as crystal quartz. Successive stages of quartz deposition occurred as evidenced by alternating concentric rings of colorless quartz, hematite and amethyst around the angular fragments.

The purple color that enhances the quartz is caused by the presence of iron in these hot solutions that flooded the cavities in the uplifted peaks millions of years ago. The more valuable darker colors reflect higher iron content. Trace amounts of Manganese present in some of the material give it the red flash. The value of this gem is also dependent upon its clarity or lack of foreign material in the solution as it was being deposited. 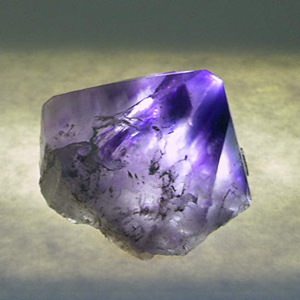 The geologic formations around the mine location are striking. The rock layers have been uplifted to a nearly vertical position and others have been twisted and convoluted into grotesque shapes. These quartzite structures are among the hardest forms of rock and provide the resistance to erosion that has preserved the elevation of the Four Peaks in the Mazatzal Mountains.

The Arizona Four Peaks Amethyst mine is believed to be the only precious gemstone mine in the United States that requires a helicopter to transport supplies in and take mined material out.