Local gem cutting artists Darryl Alexander and his son Nicholas will be the featured artists at Four Peaks’ October Event, from 11-5 on the 13th. They will be displaying step-by-step examples of cutting gemstones, from start to finish. They’ll also have a selection of their lapidary carvings and unique custom jewelry designs. 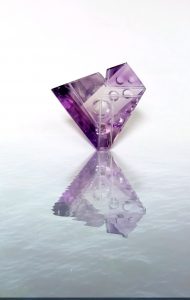 Darryl has been in the jewelry business for over 30 years and works on a contract basis for many boutiques and galleries in the Phoenix area. His son Nicholas began gem cutting at the age of 14 and, now at 17 years old, he is quite an accomplished artist himself.

As Darryl says, “My main focus for design seems to center around nature and all it has to offer. I look to nature for different color groupings, exotic patterns, and the “not so ordinary” flowers and animals. I also enjoy mining my own stones when possible so that I can take my piece of art from the earth to the showroom.” He recently visited the Four Peaks Amethyst Mine and will be offering some of his work in our Amethyst.

Darryl resides in Arizona and has been married to wife, Linda for 32 years with seven beautiful children. He credits his success to his mom and dad who he says always encouraged him to be what he dreamed to be and to his wife, who has stood beside him through all of life’s joys and challenges.

Darryl is the proud winner of Five Gemmy Awards, Five AGTA Cutting Edge Awards™, Five American Pearl Awards, Three Arizona Jewelry Design Awards and Two Headley-Whitney Bibliot Awards as well as being a featured artist at the Lizzardo and Headley-Whitney Museums. As a past winner of the AGTA Spectrum Design competition, he was invited to act as a judge for the competition in 2018. You can visit Darryl’s Instagram page for more examples of his work at @sunstone.da. 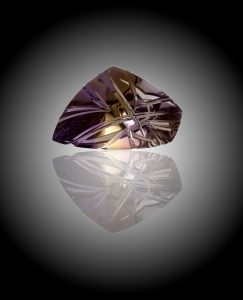 Nicholas comes from a large family with seven siblings. However, he is the first to follow in his father Darryl’s footsteps in the gem cutting industry. He began that journey as a young boy toying around in his father’s shop, cutting and polishing small cabochons. It did not take long before his work was noticed, not only by customers but, by professionals in the Lapidary Arts.

With both of his very supportive parents backing him, Nicholas opened his first booth at the Tucson Gem Show at the age of 14. With great success, that first show made a name for him in the industry and his career had begun. Utilizing the numerous resources he had available, including an experienced high school jewelry teacher and fellow professional stone cutters, Nicholas has continued to improve his technique.

Although Nicholas has a large support group within the Lapidary community, his father Darryl continues to be his largest source of encouragement. Together the two spend long nights perfecting and mastering their art. Lapidary art is his preferred skill, although Nicholas is also learning jewelry design to expand his knowledge and abilities in the business. He has always believed that everything you do should be done to the best of your abilities and, for that reason, he continues to work hard to find his own style. You can see more of Nick’s work on his Instagram page at @gemcarver01. 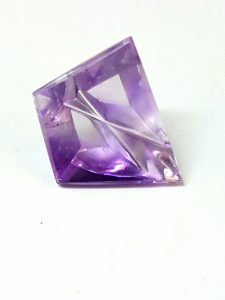 Join us as we showcase the unique and colorful works from this dynamic duo! We will be drawing a name for the winner of our Helicopter Tour Giveaway #2 at 5:00 pm that day.

November 3rd: – Amber Trunk Show and Lectures with Sindi Schloss. We will feature amber jewelry and treasures from around the world. Lectures at 11 am & 3 pm. Trunk Show from 10 am-5 pm.
December 1st: “Gem & Mineral Carving Trunk Show” – Bruce and Debbie Barlow, of Barlows Gems, will be showcasing a vast selection of delicately carved animals and sea creatures, just in time for your holiday gift giving. 10 am-5 pm.
We look forward to seeing you soon!
« Meet the Four Peaks Miners – September 22nd
All About Amber Trunk Show – November 3rd, 2018 »